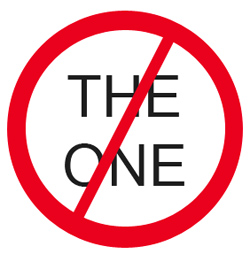 I’ve been finding myself in a few dating situations lately where I’ve managed to really stand up for myself, reflect on a part of my life that wasn’t clear before, or even help friends with their dating struggles. One of my friends told me that I should write about it (why didn’t I think of that?!) And so, because I felt so inspired today, I’m taking her advice to dish out some advice of my own.

Now, you may know how I feel about advice, if you’ve read this post, which talks about how I’ve been trying to stop asking for advice and follow my own intuition. Maybe “advice” isn’t the best word. Maybe “wisdom” is better? Overall, I just want to share some situations that have happened to me and what I’ve done to get past the obstacles and keep moving forward. 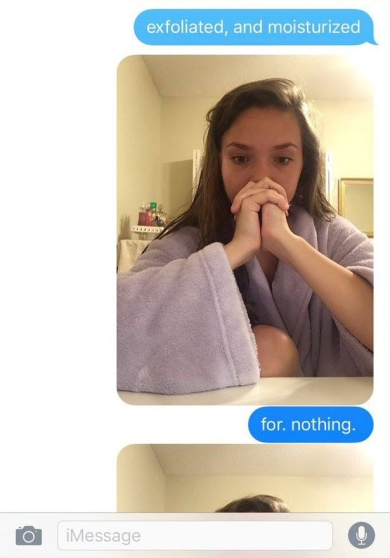 SITUATION 1: Guy asks for first date at 7:30pm days in advance, yet on the day of, sends intermittent texts from 7:30-9:00, then trails off without actually confirming plans

SOLUTION: Respond by texting, “I’m thinking that tonight isn’t going to happen, no worries. I have a couple of other things I would like to do tonight, and waiting for you to respond isn’t one of them. Have a good night!”

BENEFIT: You get to go on a date with someone else instead, write a blog post, fold laundry, call your best friend, watch Dateline, paint your nails, cook a fantastic dinner, or stay at home without wearing pants. But mostly, you get to stand up for yourself and make it light-hearted. No, you’re not going to throw yourself on your bed sobbing yourself to sleep, but you ARE letting him know that you have higher standards and that you are a highly sought-after commodity who doesn’t accept that kind of behavior.

SITUATION 2: Sober man at party is catcalling, making inappropriate comments, and being offensive to you and your friends

SOLUTION: Walk over and say POLITELY and SINCERELY, “You have been extremely obnoxious this whole evening while I’m trying to have a conversation with my friends.” *Look in their eyes, so they can see that you’re talking person-to-person* “It’s really inappropriate. So, I’d really appreciate that for the rest of the party, you can tone it down, OK? Have fun, but please respect us.” This only works if you’re actually sincere. You can’t have an attitude while saying this. You need to rouse feelings of remorse rather than defensiveness.

BENEFIT: You’re standing up for yourself when most women would put their bitch-face on and curse this guy out. That’s what he’s probably used to. By approaching this head-on, you’re catching him off-guard, and likely to get an honest respect.

SITUATION 3: New (or old) relationship is feeling a little “off”. You talk all of the time, but it feels like there’s no communication. You try to do nice things for him, but it’s like all of your actions are going unnoticed.

SOLUTION: Ever hear of the The Five Love Languages? Yeah, well, once I started reading about them, it pretty much blew my mind. You often do for others what you’d like done for you, but if you’re not speaking the same love language, there can be so much miscommunication, when there doesn’t need to be. There I was showering my partner with texts and notes gushing about how much I loved him (Words of Affirmation) and letting the dishes sit in the sink so we could spend a quiet night together (Quality Time), when what he really needed to feel loved, was for me to offer to cook dinner (Acts of Service) and pick up a little something for him when I was out “just because” (Receiving Gifts). What’s funny is that often you don’t even think about this, you just realize that something’s missing when it’s not happening. This man was not a material person, yet, he liked small presents.

BENEFIT: You FINALLY get to “talk” to your partner in ways that mean something to THEM.

SITUATION 4: Boy you’ve been dating for several months goes out to a bar with you and blatantly flirts and exchanges numbers with another woman right in front of you, completely humiliating you in front of his friends. Then asks, “Are you mad?!”

SOLUTION: Talk to this man-child about the situation once you have a chance to be alone. The fact that he’s asked you “Are you mad?!” indicates that this is a “prepared response”, meaning he’s done this before and is used to self-sabotaging relationships by creating situations where the woman breaks things off, so he doesn’t have to. Similar to Situation 2, most girls would probably slap him in the face, call him a f*ckboy, and maybe even throw her drink at him. But not you, you Glorious Goddess. By having an adult conversation with him in private, you are handling this like a woman. You are forcing him to man-up and face an action that was more embarrassing to him than it was to you. You could say something like, “If you are still looking to date around, that’s totally fine. You should do whatever and whoever you want then! But that kind of behavior is really unacceptable to me, personally. I have higher standards that need to be met, in order for me to invest any more time in someone.” I can report that this interaction caused this particular guy to:

I do believe that some people have different capacities to love, and that one person’s 100% still may not be enough. Not a bad thing, just not the right thing. Whether or not the constant contact is behavior typical of today’s 30-something male who loves staying a “text’s distance away” is highly debated amongst my friends, however, it’s proof that you can still show your worth and he won’t run away (but with that behavior, who cares if he does!) They seem to like knowing that you’re holding them to a higher standard, even if they don’t attempt to achieve it.

BENEFIT: First, you get to move onto a man who can’t take his eyes off of you! But for your own pride, you’ve stood out against other women by behaving like a woman, not a girl. This guy won’t ever be able to forget you. You might just turn his whole world upside-down by showing him that there is another way of handling things. That’s not guaranteeing a lasting relationship, but certainly creating a lasting effect. #illtakethehighroad

SITUATION 5: After a few dates, you realize that the nice man you’re seeing (you know, the one who’s TOTALLY into you) is not The One, and you aren’t reciprocating the feelings.

SOLUTION: Thank him for the time you spent together, say you weren’t vibing, and keep it light. Inevitably, this type of nice guy is going to ask you “Why?” To which you will ALWAYS respond again (paraphrasing your orignal sentiment), “I didn’t feel like we were vibing the way we need to, in order to continue” or “I’m looking for chemistry that I didn’t feel was there.” There might be a couple of other quirks, or beliefs, or traits that combined with pages and vibes weren’t working for you. But, if you feel final in your verdict, be final in your delivery. Leaving it open ended can cause huge amounts of hurt and confusion, where the man tries to find the loophole to get you back in that instant.

BENEFIT: Ugh. Why do they always want to know why? NOTHING, and I mean, NOTHING good can come out of answering this question more fully. Think about it this way: What if you asked a guy that you were super into why it wasn’t working, and he said “You know, your family is just too loud and opinionated, and it was too stressful for me to be around them.” Ummm, guess what? It’s possible that you end up feeling a little self-conscious about introducing your new man to your loud, fun Italian family because you’re afraid that he’ll leave too. Meanwhile, that same new boyfriend has been hoping, wishing, praying that he’d meet a crazy fun family that would make him feel like one of their own. And now, you’re making him miss out, because of some other bozo who wasn’t right for you. Don’t make a man self-conscious for a trait that YOU weren’t into. The next woman might be looking for exactly that.

Hope that helps! I could really go on, but until we have more situations, this will have to do!

2 thoughts on “You Asked For It: Dating Wisdom”